A blend of red chiles, spices and orange juice produce a flavorful skin on this Out West inspired Chile Rubbed Smoked Turkey.

The best thing about smoked turkey is that it’s already cooked, which means you have more oven time for other dishes to cook. This 10 pound smoked turkey takes less than two hours to warm in the oven and comes out juicy enough to make gravy out of the drippings.

Chile Rubbed Smoked Turkey drippings have so much flavor from chiles and oranges and create a beautifully colored gravy. While the turkey is resting, melt two tablespoons butter in a sauce pan, then stir in two tablespoon’s flour and cook over medium heat until combined. Slowly add drippings from turkey until thickened. For an extra touch, add a pinch of cumin and smoked paprika and stir to combine. 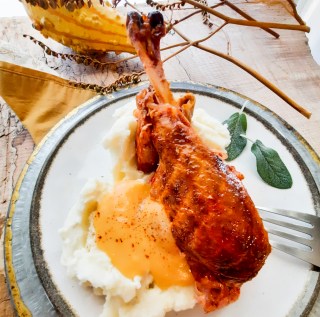 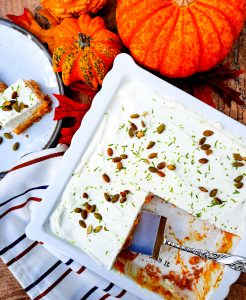